Last week, we dove into the humble beginnings of brewing and the amazing refinement process of crafting that perfect beer. From drinking a grueling ale through a reed straw to the standardization of keg barrels, humans have put in the time and love to make their beer a staple in enjoying life. Here at the Herkimer, we keep this ideology alive with our famous brew pub located in Minneapolis. We are your top craft brewery choice in the area. Looking for unique, flavorful brews on top? We got it! But first we need to conclude our history lesson. Today, we’ll look at more recent epic beer events that shaped civilizations around the world. 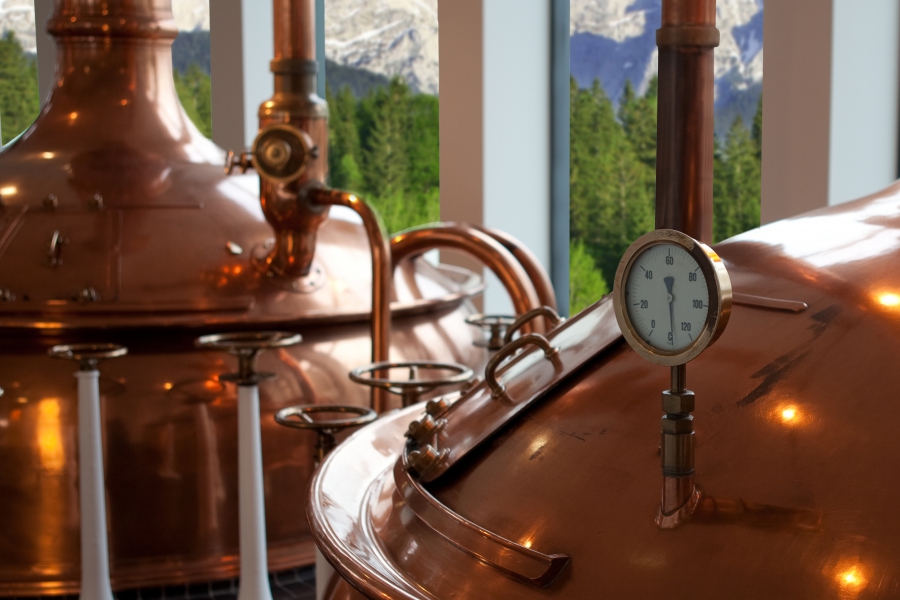 By the fourteenth century, beer was really starting the process of becoming a commercialized product. The process of making your own concoction at home was now being replaced by the normalization of beer production for the masses. German craftsmen utilized massive improvements such as larger kettles to be able to amp up production. The sixteenth century saw a fortunate accident when the process of bottom-fermentation was discovered. Top and bottom methods are based on the type of yeast used and the temperature at which fermentation occurs. Bottom-fermenting yeasts would yield lagers while top-fermenting yeast led to the tried-and-true ales of the day. How did they discover this process? The cooler temperature leads to a long fermentation time, all discovered when beer was stored in a very cool area for longer than average.

The industrial revolution saw massive innovations for all skills and industries. You better believe suds were in on it as well! The 1770’s saw the introduction of both the thermometer and hydrometer. The brewing process quickly became more consistent and more readily available. Being able to use a hydrometer to measure specific gravity of liquids meant that brewers could figure the yield of different malts. This game-changer led to a much more accurate, deliberate beer composition process. Daniel Wheeler invented the drum roaster in the early 1800s, allowing the creation dark malts to accentuate the flavor of darker beers. Throughout this time, brewers were miffed by the souring of their beers during the creation process. French microbiologist Louis Pasteur discovered that beer was soured by microorganisms. The result? Brewers put in the time to try to prevent these guys from fouling up the entire process. Although the fermentation process was well known before Pasteur’s discovery, the specific importance and consequences of microorganisms in the brewing process. And yes, this was the man that invented pasteurization in milk.

Beer has come a long ways since its humble beginnings. The modernization of human technology put ales and lagers into the spotlight for mass production (and subsequent consumption!). In 2012, it was estimated that the United States consumed about 6,392,963,667 gallons of beer! If you are interested in becoming a part of this statistic, look no further! The Herkimer is your premier brew pub in Minneapolis. We specialize in delivering awesomeness via the pub atmosphere and our brewery expertise. If you’re unsure of our craft brewery options, check out our beautiful beer menu. Cheers!