In the world of beer, there is a variety of choices that patrons can peruse, intending to find the perfect drink. As a craft beer pub, the Herkimer knows the level of dedication needed to sift through the multitudes of brews in order to secure the right beer. We strive to be the best brew pub in Minneapolis, and part of that endeavour includes educating the public as often as possible. Many folks have had the experience of asking for a beer but fumbling over its origin. Today, we’ll look at the differences between the varying brews you’ll find and which one is the best choice. As a top-notch sports bar, we want our patrons to be informed as well as imbibed! 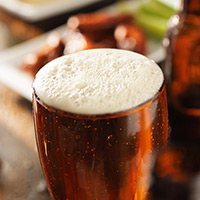 Also referred to as “America’s sweethearts” by a certain sports bar and grill, this popular type of beer qualifies as the most popular variety in the country. Domestic beers refer to brews that are produced within a particular country, which in this case is our great United States. The four most commonly consumed beers in America are all domestic pilsners. If it helps you to remember, think of these beer brands as the big box breweries, similar to the mega retail chains that dominate the American landscape. One advantage of drinking domestics is that they’re always in supply and they’re always on top, regardless of where you are in the country. The big batch processing of these drinks also make for a cheaper price tag. If you’re an American with a passion for domestic beers, you’re in luck!

Any beer that is created outside of the United States can be classified as imported. Americans have long held a passion for partaking in foreign flavors, from Mexico to Belgium. In days past, the search for a truly enjoyable beer typically ended with buying a fancy German lager or some geographic variant. One positive aspect of these imports is that they do hold a variety of flavors; you literally have a world to choose from. Often, the prices on these drinks varies as much as their country of origin, meaning a six-pack can run you anywhere from six to twenty dollars. Fancy? Yes. Tasty? Of course. 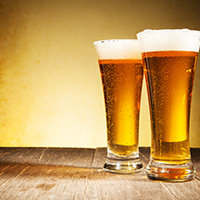 A craft brewery is a smaller, independent variation in the beer fabrication world. Craft breweries are classified as operations that produce less than 6 million barrels of beer a year. Another key factor here is that the beer is made in a traditional (non-mechanical) way. The world of craft beer has exploded in recent years and taken America by storm. These brews typically hold unique, rich flavors that are concocted by master brewers across the country. While craft beer is, in this brewery’s humble opinion, a far superior drink, it is important to note that not all beers are created equal, and not all craft breweries craft amazing drinks. However, our focus on quality and flavor help to craft the best collection of beers, including stouts, porters, English ales, and more! We’re constantly updating and changing our choices, providing patrons with an exciting variety of options.

The next time somebody brings up their favorite beer, you’ll be prepared with this classification information. Beer comes in many shapes, sizes, and flavors. If you’re now thirsty for the craft variety, we can help! As a premier brew pub in Minneapolis, the Herkimer strives to deliver small batch craft beers to accompany our amazing food. Our decoction mashing method helps us to create smooth, unique flavors that have been providing Minnesota with delicious drinks for 16 years now. Contact us today to learn more about our brewing process and come try it for yourself!