Oktoberfest. No other tradition is as easily recognizable as this international phenomenon that lasts up to three weeks long. Annually, this event is held in Munich, Germany and sees over six million visitors. What makes this tradition so popular, you ask? The beer! Yes, Oktoberfest is a celebratory time that centers around delicious brews and festive shenanigans. If you’re on this blog post because you’re thirsty and in need of a brew pub in Minneapolis, The Herkimer is here and more-than-happy to oblige. Since 1999, our brewery bar has worked to craft the best small-batch beers using Reinheitsgebot, the strict process of only using water, hops, yeast, and barley in the brewing process. We understand the value behind quality, and our craft brewery is happy to pass on the delicious results to our happy patrons.

As September creeps closer on the calendar, many people are dusting off their lederhosen and preparing their livers for Oktoberfest. We’re all about beer festivals, and this one happens to be the original. Today, we’ll highlight the beginnings and progression of Oktoberfest into the international phenomenon it is today. If you’re thirsty after reading, be sure to stop by our craft beer pub!

The exact origins of this festival are unknown to this day — sorry to ruin the beginning! However, we do know that the tradition stemmed from the celebrations following the wedding of King Ludwig I of Bavaria to Princess Therese in 1810. Celebrations commenced on the fields in front of the city of Munich, consisting of libations and the incorporation of horse races. Before the start of this horse race (which commenced after most weddings), a performance was held to pay respects to the newlyweds. After the traditional ceremony, 30 horses were raced more than two miles, much to the delight of the crowds.

The next year, a show was added to further promote the rich heritage and agriculture of Bavaria. Despite the onset of the Napoleonic Wars, this tradition grew in popularity, incorporating trees for climbing, bowling lanes, and more. After carnival booths begin appearing in 1818, the city leaders took on the responsibility of making this event into an annual tradition. Thus, Oktoberfest was born.

Over the decades, the heritage and value surrounding this Bavarian beer fest helped to make it a booming tradition for people across many cultures. Numerous elements were added, including the statue of Bavaria in 1850. This welcoming figure is now an anchor in Bavarian history. The Ruhmeshalle (hall of fame) was made for Ludwig I in 1853, highlighting the greatness of the times and value that Oktoberfest brought to the community. Less than 50 years later, patrons began to experience the comforts of electricity, bratwursts, and beer in glass mugs.

Just before the end of the 19th Century, changes were made to boost Oktoberfest’s appeal. Trees, dance floors, and other large forms of entertainment were replaced by beer halls to open up more space. This increase in square footage provided more opportunities for musicians and increased guest numbers.

1887 was the year that began the tradition of holding a parade consisting of the Oktoberfest staff and participating breweries. Today, this parade still serves as the opening act for Oktoberfest celebrations.

Oktoberfest continued to grow in popularity. The 100th anniversary, for example, reported more than 32,000 gallons of beer consumed! Events and venues were continually expanded to allow for more guests. Pavilions went up with unique brews, fares, and entertainment to delight the crowds.

Two things that have hurt Oktoberfest throughout history are war and politics. This festival was not held during World War I and World War II, combining for 12 years of closed gates. Politics also played a major role before and after the wars, with Oktoberfest historically being changed to a different name following the need for rebranding. Often referred to as “smaller autumn celebration” or “Autumn Fest,” Oktoberfest would quickly rebound stronger than ever to embrace the New World’s goals with homages to old-world ties. 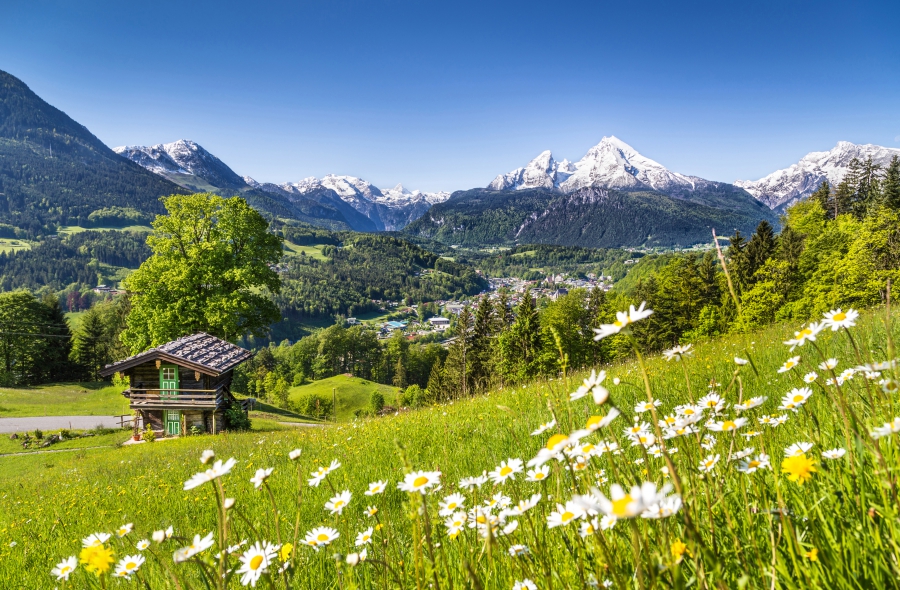 Oktoberfest has seen a lot of activity in recent decades (from the terror attack in 1980 to the concept of quiet celebrations for families and elderly residents), and it continues to adapt to the times and wishes of the people. Until 6:00 pm, sound limitations are placed on the entire festival to help limit the rowdy drinking mentality that has worried families. You can expect quiet brass music until the evening, when pop music begins to turn up passed 85 Decibels. Today, Oktoberfest sees more than seven million people and serves just over one beer per patron on average.

The Munich Oktoberfest is a rich celebration that has become a global tradition. The history is so rich, that we had to omit a huge majority of the finer, more refreshing details. One important aspect of this festival is that it adheres to “German Beer Purity Law,” or Reinheitsgebot. If you are thirsty and ready to begin practicing for Oktoberfest, The Herkimer is here and happy to help. Our brew pub in Minneapolis serves quality beer and foods to deliver the best experience for you and your taste buds. Our brewery bar on Lyndale Avenue South is open daily and for your enjoyment.

Join Us in September!

The Herkimer always welcomes Oktoberfest in style, with charity beer pong, a polka band, and German food specials all day. No matter your culture or lineage, be sure to make the most of this celebration by visiting our craft beer pub or contacting us today!